The Truth Behind The Opposing View Against Abortion 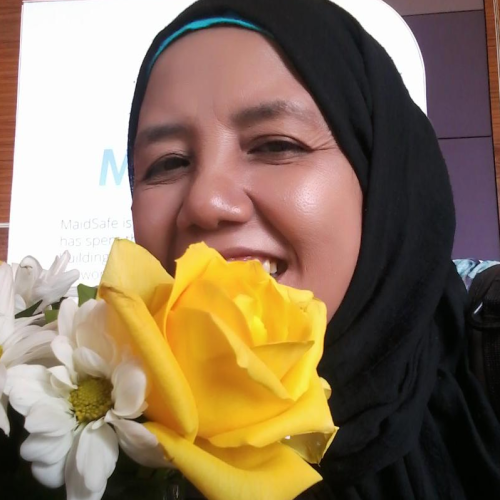 ABORTION has been a hot topic in either feminism discourse, medical field, and legal field. According to The United Nations of Population Fund (UNFPA) representative’s report, Anjali Sen, at least sixty percent of unwanted pregnancies led to the decision of abortion. Not only that, but her party also states that unwanted pregnancies forced women to face situations that they never choose, under the condition that they have no rights to defend themselves, and ironically, even some of those cases happened with the partner that did not even gain their consent. Out of sixty percent of aforementioned amount, forty five percent of abortion done without any proper health and safety procedure. This statement shown us that issues about gender inequality, especially abortion, had sparked an intense debate between pro-life and pro-choice against government, NGO (non-government organization), and also citizens. In this article, we will try to understand such disputable view about abortion in various aspects.

National Center for Health Statistics defines abortion as “a fetus or embryo removed or expelled from the uterus during the first half of gestation (twenty weeks or less), or in the absence of accurate dating criteria, born weighing less than five hundred grams.” This definition depicted that any act or attempt to terminate the life of stillborn baby in their early life hood counted as abortion. Regarding to this definition, said pro-lifers, disregarding of all context and reasoning to justify abortion, it is still counted as murder and dismissal of the baby’s right to have a life.

Amid the argument and decision between preserving the unwanted baby or to terminate its life, most of the people in the world stand against the conservative view of preserving the baby’s life. This view is named as pro-life. Indeed, according to such view, there is some good reason from the opposing view, such as: gender equality, sexual liberty, and prevention of child abandonment case, and domestic violence. Yet, according to what pro-lifers believe, there’s a big question about those reasons such as “Would any of these reasons justify a freedom or right to kill a born, living child?”. According to pro-life view, the act of abortion simply justifies murder and termination of a child’s right to live as an individual. They also state that, such act to terminate living rights fetus considered as bad motive and can be treated as “planned murder”. Would such factors make child murder sufficiently legal that the decision was given fully to the parents?

In short, pro-life treated fetus and stillborn child as human being, just like living child. Taking its life surely breaks the law code of the 1945 Constitution Article 28 A about Human Right that states “Every person has rights to live and the rights to survive.” Also, in religion view (take Islam as example as it is the major religion in Indonesia) abortion is prohibited and treated the same as planned murder. In Indonesia itself, act of abortion is illegal in any hospital that serves under Ministry of Health and its regulation, unless there are some emergency cases, such as between life-death situation. This goes in accordance with Criminal Code (KUHP) chapter 346 until 349, that states inducing or conducting abortion is treated as murder and any party involved are entitled to receive fine and penalty in prison. As the writer, I don’t support abortion that is done to abort the parent’s responsibility to take proper care of its child. Unless the situation and reasoning are emergency and required quick medical approach, I find that abortion is still counted as justifying human’s murder before its life started as a full individual.

The ban of abortion surely sparked the intensive argument between government and non-government organization (NGO) that concentrates in gender equality field. There’s some good argument that justified safe abortion right for unwanted pregnancies. But what exactly pro-choice is, and how does it contribute against the controversy within abortion?

There are individuals who believe that contraception is against the God’s fate, and another side who don’t consider a fetus as a child with living rights until they are born. Amidst the argument between the use of contraception that would do less justice to woman as they can’t access contraception or they are prohibited to use it by their husbands to one-sided reason, it comes with the consequence of abortion as many of unwanted pregnancies causes shame, depression, guilt, and incapability to access higher education (especially in Indonesia where pregnant female students will be expelled from school). There is no such thing as free lunch, as most of the abortion procedure in Indonesia are illegal and unsafe (due to the law that restricted abortion just for life-death case and rape victim; the latter is still debatable).

Considering the effect to woman if they are forced by society to preserve their pregnancy, such as psychological disorder (including PTSD for rape victim), abandonment of baby, and never-ending cycle of poverty, Pro-Choice offer chance for woman that they don’t have to preserve pregnancy if it does more harm than good to their life. Pro-choice believers stated that fetus doesn’t count as a human-being; therefore, safe abortion can be done to preserve women’s right to be liberated sexually and to continue their life. The keyword that pro-choice emphasized is the legalization of safe abortion. They also aim to educate woman around the world that safe abortion is the lesser of the devils, and it is morally correct rather than abandoning or attempting violence towards the child. Their discourse is to liberate woman from society’s confinement and ban of abortion.

Personally, I am against pro-choice as it justifies murder and goes against moral code or religion norm in Indonesia. Yet, there is a good point that is urgent to be finalized, safe abortion right and procedure in hospital.

According to dispute between pro-life and pro-choice, actually there is one thing that should be on government’s concern, namely safe abortion. As many of abortion procedures in Indonesia are illegal and unsafe, safe abortion is one of the way to actualize the act of preserving human rights and doing justice to rape victims (especially for minors that is entitled to obtain higher education to break the vicious cycle of poverty). Safe abortion should be regulated and put under surveillance of related minister. The target of safe abortion are rape/incest victims (especially minors), someone with mental issues, and mothers in life-death situations. Abortion should not be done to abort the responsibility of human to take the consequence of their act. This conclusion does not mean to support premarital sex, but it acts as a mean to enforce the use of contraception, to educate about safe; consensual sex, and to prevent premarital sex, as the consequence is heavier for the woman. In conclusion, safe abortion should be regulated, and its procedure should be carried in accordance with law.