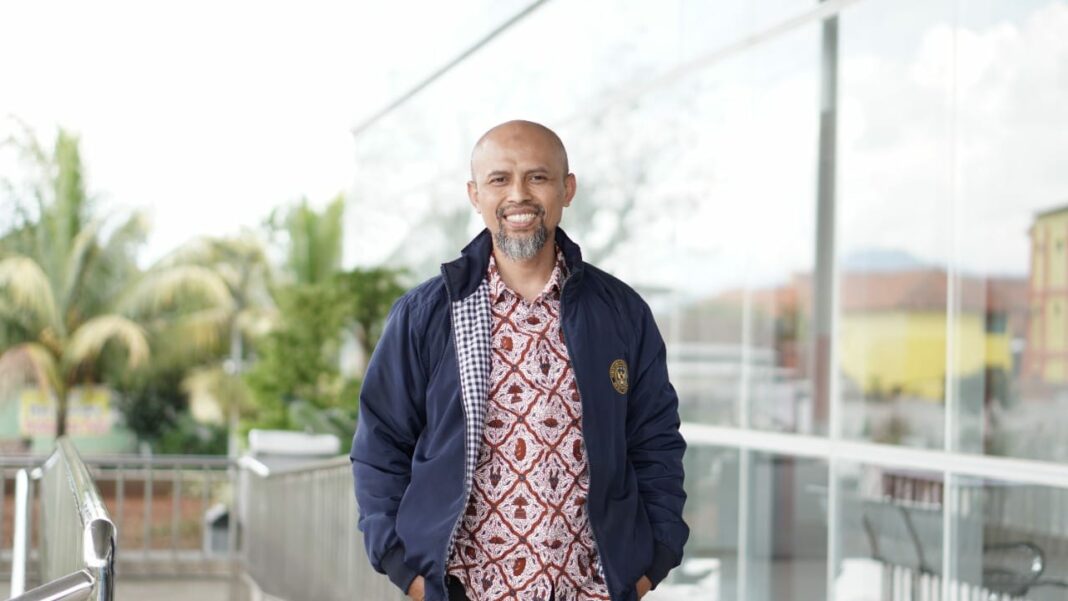 MENARA62.COM – Fuel oil is not a staple food, but it is more than a staple food because fuel oil is very limited and it is difficult to find a replacement, unlike basic food ingredients, it can still be handled in various ways so that it can still be overcome. Fuel oil is a staple for basic human activities today, not only in Indonesia but in other parts of the world. The independence of a nation and state lies in the extent to which the government manages natural resources and human resources more productively and acceleratingly. Looking at several countries that are currently developed and have happy citizens, it turns out that they put forward the management of the country properly and correctly. Not because of the pseudo-power politics approach, oligarchy and tyranny.

With various issues that have arisen, the ability of the Indonesian people to get out of the crisis and economic recession is still hopeful, because the socio-economic and political facts of the nation are still running in place, it is even indicated that they are retreating gradually, resulting in exposure to inflation. The indicator is very clear that several basic commodities have crawled up, and the most pronounced is when the cooking oil price increases by almost 40 percent from the previous price. Incidentally, the Indonesian people are used to being shocked by this, but don’t take it lightly with the attitude of the people being indifferent and indifferent, it is very possible to become a time bomb which at certain moments will explode into pieces. Everything with a silent attitude does not mean unresponsiveness, but rather waiting for the right time to take tactical steps to give the government an ultimatum.

The increase in fuel prices will certainly trigger a surge in the price of goods and services, because the price of fuel will increase the price of production and distribution. From the increase in production and distribution, it is certain that it will affect the selling price of goods and services in the community. The next question is, is the community increasing and is there an increase in income? What is clear is that most of them will not, instead, because production costs increase, the burden of human resources is reduced, which results in a reduction in the number of human resources or a reduction and reduction in incentives. In the end, people began to have a psychologically disturbed condition, far from increasing the income they got, the consequence was that their purchasing power of basic needs that were nutritious and highly nutritious, gradually decreased the quality of human resources.

The lower the quality of human resources, the lower the quality of life productivity. It is true that the quality of leadership is not fatsun and not fatsun in a particular group or class, but rather fatsun on goodness, truth, justice, civility and progress. The consequence of the government’s unpreparedness in managing state-owned natural resources is an indicator of the government’s inability to manage the state. Seeing the fact that almost all natural resources with management substance are mostly controlled by foreign parties. Whereas in the legislation it is very clear and unequivocal that natural resources are managed by the state and for the welfare of its people. At present, many state companies are enjoyed by descendants and foreigners, while native Indonesians and people only receive B3 waste that destroys the ecosystem of living things around them, including humans who are around them.

It’s really bad if this continues to be maintained, it is far said that the state cares for its people, in fact what exists is only extorting the bowels of the earth for the benefit of corporate criminals and authorized officials. The government should be in control of state enterprises through the Ministry of State-Owned Enterprises. Presumably to the head of state of Indonesia, before the bomb explodes and becomes a bankrupt country, tactical steps must be taken, including first to restrain the increase in fuel prices and secondly to replace ministers who do not make breakthroughs to safeguard the country’s economy to avoid an economic recession. Take a firm stand against ministers who make government policies lead to ridiculous actions that harm the country and the people.